This is a color scheme of Olympics 2020 Tokyo. You can copy each of the 2020 Summer Olympic Games in Tokyo logo colors by clicking on a button with the color HEX code above.

The 2020 Summer Olympics, formally the Games of the XXXII Olympiad and marketed as Tokyo 2020 (2020年夏季オリンピック), is a multi-sport international event taking place in Tokyo, Japan, from July 23 to August 8, 2021, with certain preparatory circumstances beginning on July 21.

On September 7, 2013, during the 125th IOC Session in Buenos Aires, Argentina, Tokyo was chosen as the host city. The event, which was initially planned to occur from July 24 to August 9, 2020, was postponed in March 2020 due to the COVID-19 epidemic and is now mostly held behind closed doors with no public spectators allowed due to the state of emergency.

Even though it has been postponed until 2021, the event is still known as Tokyo 2020 for marketing and branding purposes. Instead of being canceled, the Olympic Games have been postponed and rescheduled for the first time. The Summer Paralympics will take place 16 days after the Olympics, from August 24 to September 5. 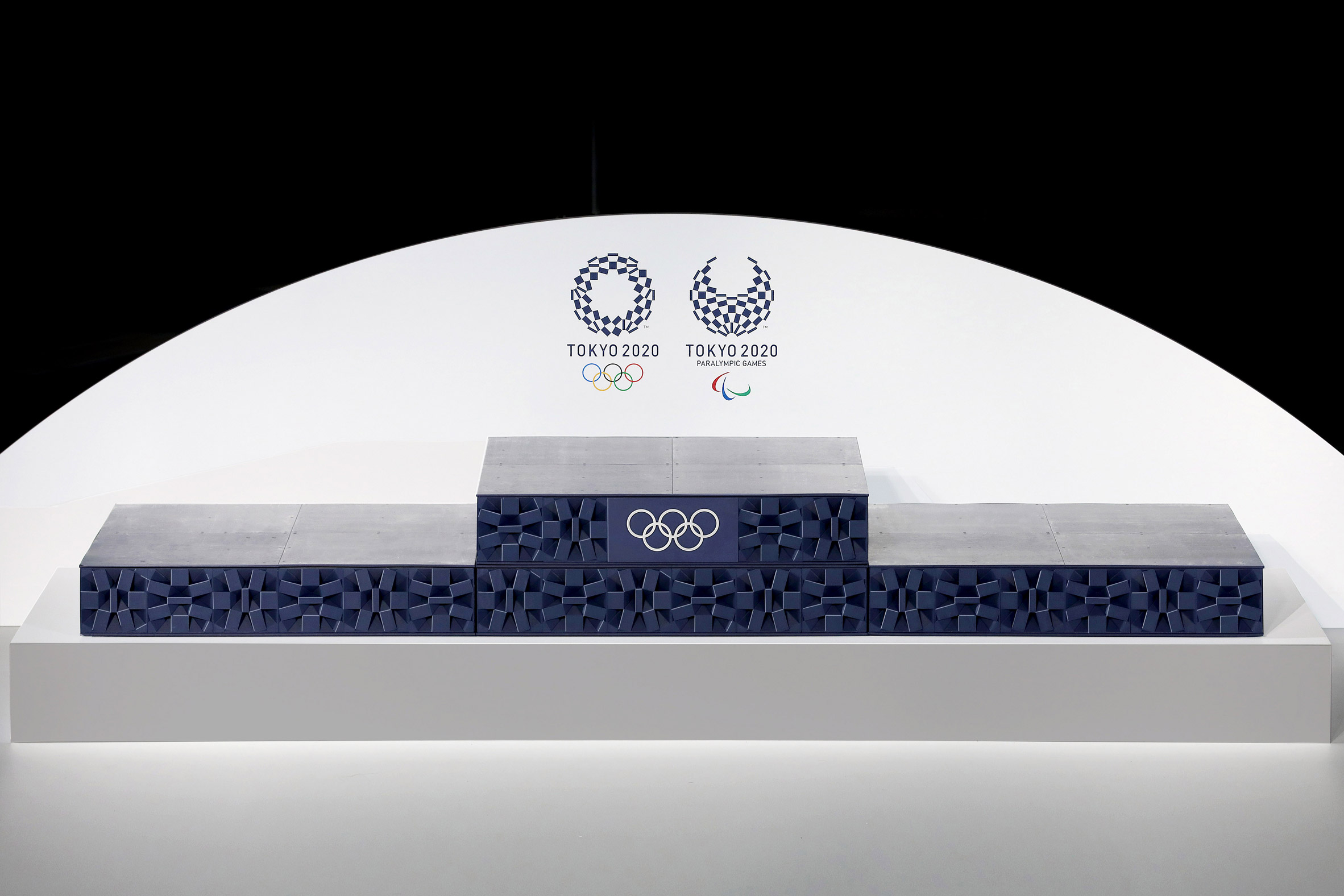 These Games will see karate, sport climbing, surfing, and skateboarding make their Olympic debuts, according to new IOC regulations that enable the host organizing committee to introduce new sports to the Olympic calendar to supplement the existing core activities.

Chequered patterns have been popular in countries around the world throughout history. In Japan, the chequered pattern was known as “ichimatsu moyo” in the Edo period (1603-1867), and this chequered design in the traditional Japanese colour of indigo blue expresses a refined elegance and sophistication that exemplifies Japan. Composed of three varieties of rectangular shapes, the design represents different countries, cultures and ways of thinking. It incorporates the message of “Unity in Diversity.” It also expresses the fact that the Olympic and Paralympic Games seek to promote diversity as a platform to connect the world.

Their creation was inspired by the ancient Olympic Games, which were held in Olympia, Greece, from the 8th century BC to the 4th century AD. Baron Pierre de Coubertin founded the International Olympic Committee (IOC) in 1894, leading to the first modern Games in Athens in 1896. The IOC is the governing body of the Olympic Movement, with the Olympic Charter defining its structure and authority.

Logos related to Olympics 2020 Tokyo from the Sports Industry

Most logos are distributed vector-based. There are several vector-based file formats, such as EPS, PDF, and SVG. Simple images such as logos will generally have a smaller file size than their rasterized JPG, PNG, or GIF equivalent. You can read more about Raster vs Vector on the vector-conversions.com.

SVG or Scalable Vector Graphics is an XML-style markup-driven vector graphic rendering engine for the browser. Generally speaking, SVG offers a way to do full resolution graphical elements, no matter what size screen, what zoom level, or what resolution your user's device has.

There are several reasons why SVG is smart to store logo assets on your website or use it for print and paper collateral. Benefits including small file size, vector accuracy, W3C standards, and unlimited image scaling. Another benefit is compatibility — even if the facilities offered by SVG rendering engines may differ, the format is backward and forward compatible. SVG engines will render what they can and ignore the rest.

Having the Olympics 2020 Tokyo logo as an SVG document, you can drop it anywhere, scaling on the fly to whatever size it needs to be without incurring pixelation and loss of detail or taking up too much bandwidth.

Since the Olympics 2020 Tokyo presented as a vector file and SVG isn’t a bitmap image, it is easily modified using JavaScript, CSS, and graphic editors. That makes it simple to have a base SVG file and repurpose it in multiple locations on the site with a different treatment. SVG XML code can be created, verified, manipulated, and compressed using various tools from code editors like Microsoft VS Code or Sublime Text to graphic editors such as Inkscape, Affinity Designer, ADOBE Illustrator, and Sketch.

You can download the Olympics 2020 Tokyo logotype in vector-based SVG (Scalable Vector Graphics) file format on this web page.

According to wikipedia.org: "A logo (an abbreviation of logotype, from Greek: λόγος, romanized: logos, lit. 'word' and Greek: τύπος, romanized: typos, lit. 'imprint') is a graphic mark, emblem, or symbol used to aid and promote public identification and recognition. It may be of an abstract or figurative design or include the text of the name it represents as in a wordmark."

Logos fall into three classifications (which can be combined). Ideographs are abstract forms; pictographs are iconic, representational designs; Logotypes (or Wordmarks) depict the name or company's initials. Because logos are meant to represent companies brands or corporate identities and foster their immediate customer recognition, it is counterproductive to redesign logos frequently.

A logo is the central element of a complex identification system that must be functionally extended to an organization's communications. Therefore, the design of logos and their incorporation into a visual identity system is one of the most challenging and essential graphic design areas.

As a general rule, third parties may not use the Olympics 2020 Tokyo logo without permission given by the logo and (or) trademark owner Summer Olympic Games. For any questions about the legal use of the logo, please contact the Summer Olympic Games directly. You can find contact information on the website olympic.org.

By downloading the Olympics 2020 Tokyo logo from the Logotyp.us website, you agree that the logo provided "as-is." All the materials appearing on the Logotyp.us website (including company names, logotypes, brand names, brand colors, and website URLs) could include technical, typographical, or photographic errors or typos.

SVG file with the Olympics 2020 Tokyo logo is ready, download will begin automatically in XX seconds.